Myopic foveoschisis (MF) affects 8–34% of eyes with high myopia[1,2] and is characterized by intraretinal splitting in the macular region, representing a major cause of visual loss in highly myopic eyes. The term myopic foveal retinoschisis was initially described in 1958 by Calbert Phillips, who proposed that localized posterior retinal macular detachment (MD) over the posterior staphyloma may occur without a detectable macular hole (MH).[3,4]

The management of MF has inspired much debate. Elimination of epiretinal traction by means of vitrectomy with or without internal limiting membrane (ILM) peeling seems a reasonable approach and has proven to be effective in MF[5,6] despite not exempt from complications such as MH formation, extrafoveal retinal hole formation[7] or physiologic changes in the macular area.[8] Moreover, some reports suggest that vitrectomy, with or without ILM peeling, only causes a transient release of the traction[9] without addressing the major risk factor associated with the development of the MF, which is the posterior staphyloma.[10]

Several buckles designs and techniques have been developed to treat these myopic sequelae.[14,15,16,17,18]

Our preferred approach is outlined below:

The previously described technique[18] for MB has been modified by Mura et al:[19] 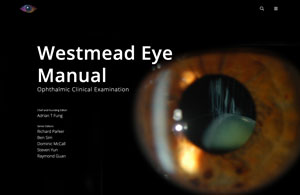